In the first Italian Aviation Exhibition, held in Milan in November 1909, in addition to the previously-mentioned sa 8/75 50/60 hp aircraft engines, fiat presented the s53a of 65/80 hp engine, which already powered the airship Forlanini and in an up-rated version also powered the Italian type “P” (piccolo) military airship used in the Great War. 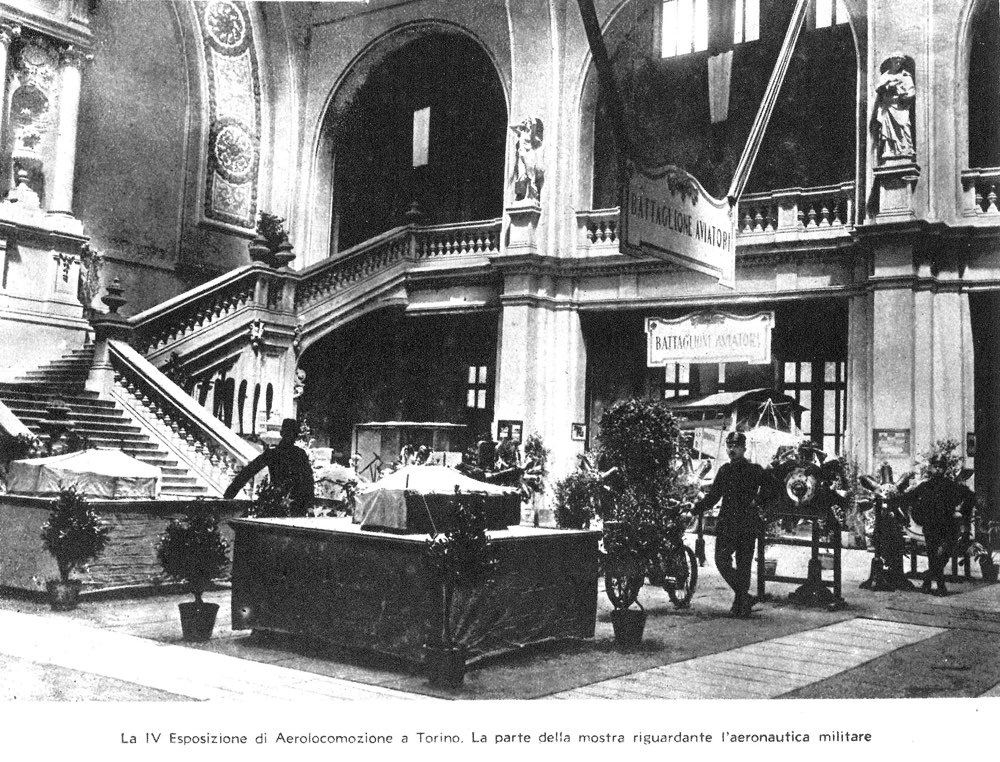 On the initiative of the sat (i.e. the proto Aero Club Torino) in parallel with this, the second Aerolocomotion Exposition was organized, during which a number of aircraft arousing considerable interest were presented. Among them were the French Blériot, with a 26 hp Anzani engine, and Farman. There were also seven aircraft of Italian design: Ferrero & Tiboldo, Aluffi & C. the Demoiselle-type monoplane by Navone, Bruno & Geninatti, the Asteria by Darbesio and Origoni – all of Turin – and the monoplane with a 25 hp Anzani engine designed by the Marquis Balbi of Genoa and built by the Castagneto company of Voltri, various aircraft engines including a 50 hp Gnôme. and a 40 hp by the Rebus company (Enrico Restelli and Carlo Felice Buzio) of Milan.

Completing the review of the aircraft was a large model by Engineer Agostino Rosa of Candelo (no) representing a self-controlling monoplane that had flown under test for 150 meters at a height of 3 meters.

In parallel from April 17 to 19, 1910 the first “National Congress of Aerial Locomotion” took place, chaired by Carlo Montù. This was a great success, seeing the participation of all the leading experts in the technical, legal and sports contexts.

This initiative was replicated at the Valentino park between May 17 to 24, 1914, and on that occasion the Aviators Battalion participated with Savoia-Farman, Nieuport-Macchi, Gabardini and Caproni aircraft, as did a number of engine manufacturers and suppliers of aeronautical material. 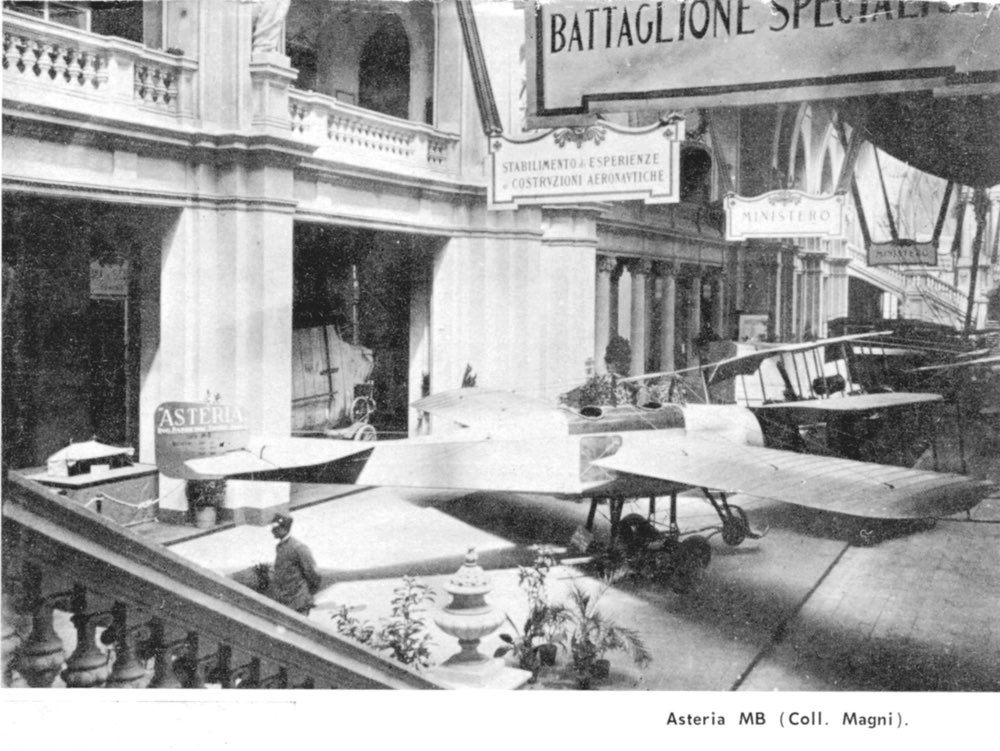