The architect Carlo Mollino (Turin, 1905-1973) was one of the most controversial and enigmatic personages of Torinese “high society” in the period immediately following the end of WWII. 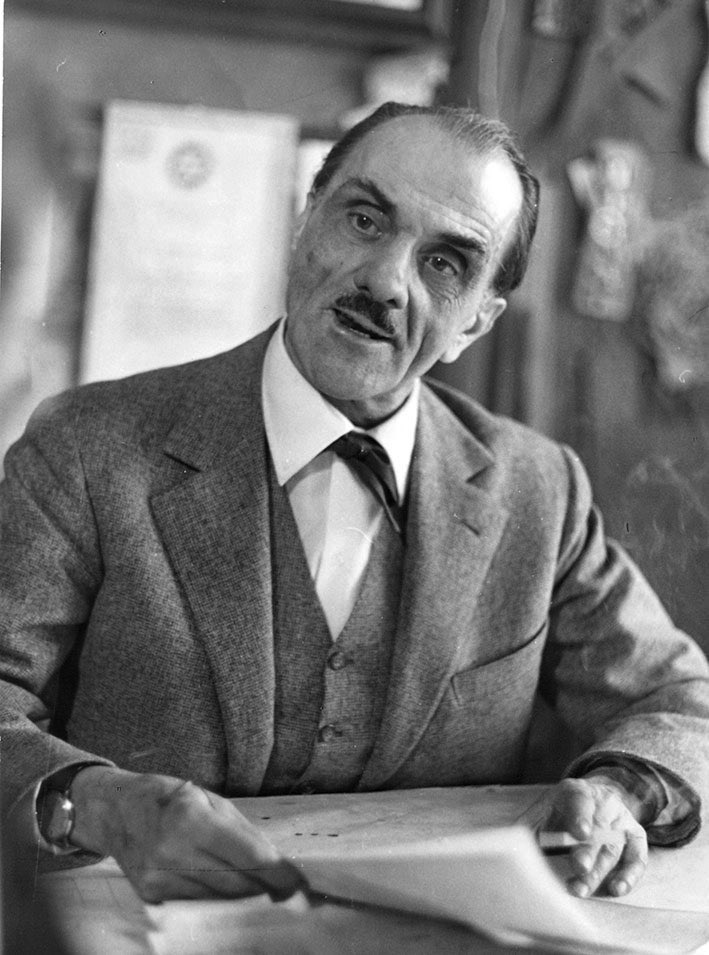 An architect of international fame (the Regio Theatre of Turin was one of his last works) and professor of Architectural Composition at the Turin Polytechnic, his multi-faceted genius pointed him towards the aeronautical world, one of his many sporting interests from which he derived most inspiration for his works. 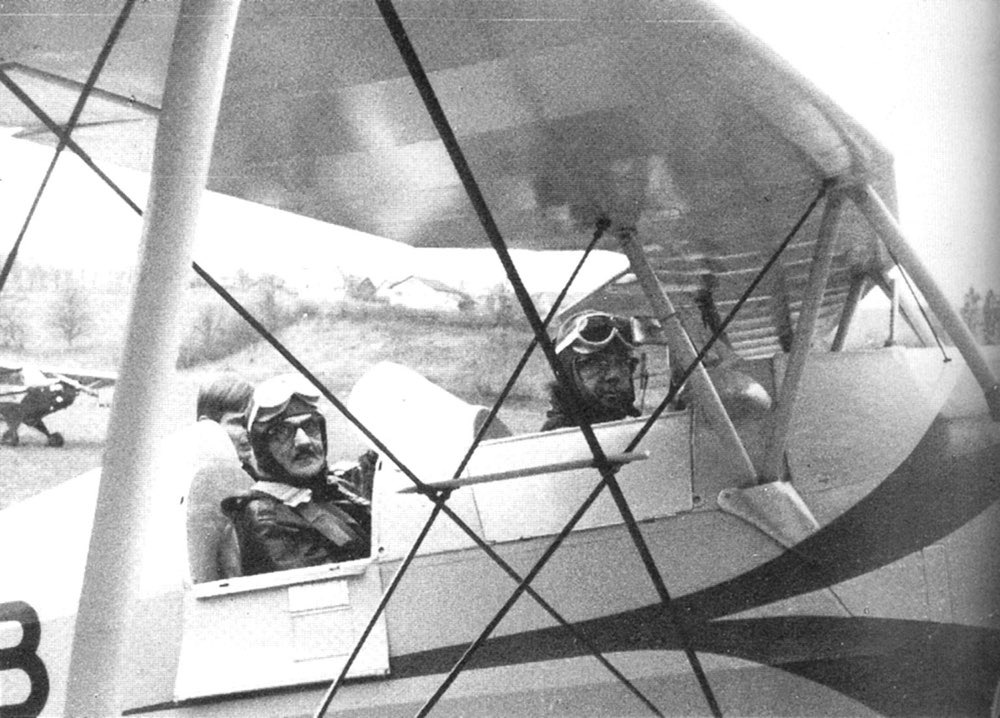 He became an aerobatic pilot, and was friend and pupil of the former World Champion Albert Reusch.
In the 1950’s in collaboration with Luigi Faraggiana and other technicians, Mollino designed cars, aircraft and even patented a dual-command system as well as various instruments for the graphic calculation of routes, designed and produced colour schemes for his own and friends’ aircraft and publicity posters for the Air Displays in which he took part.
He was an active participant in the life of the Aero Club Torino, being on the Board of Directors and supervising all the association’s building activities.
In 1958, he was responsible for the design and completion of the restructured headquarters.
For the occasion of the 8th of December holiday, he undertook a project to design a statue to commemorate the Madonna of Loreto, patron saint of aviators, for subsequent installation at the Aero Club.

Under the cloak of the Madonna we can see a fleet of aircraft, and the statue is positioned as if over the Susa Valley. At its feet we see the airport, the River Dora, Mount Musinè and the Sacra di San Michele.

The work was cast in bronze, was inaugurated on the 19th of March 1959 before various civil and military authorities during the opening of the CIAMM pilot’s course and blessed by the Salesian missionary Bishop Monsignor Arduino. 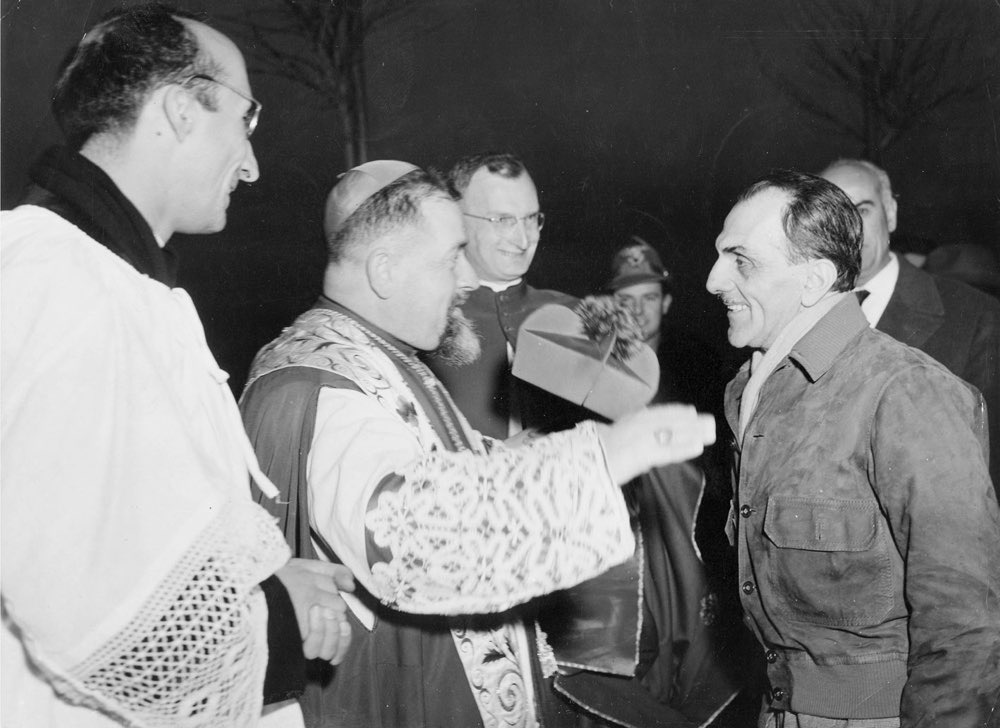 The location of the statue and the roofing over its head, in cheap materials consisting of tubing and eternit, as well as its base in cement decorated with pebbles, are all the work of Mollino himself.
Today it stands between the headquarters and the aircraft parking area.
He produced a number of sketches, designs and artefacts for the Aero Club, including the famous “winged bull” logo of the Aero Club itself, trophies and small sculptures with aviation themes and the curious and highly original sign for the “bar” which he hand-made.
He studied aircraft profiles and did design work (e.g. “Graffer”), anticipating by half a century what later became reality in the usa – houses with their own aircraft hangars. 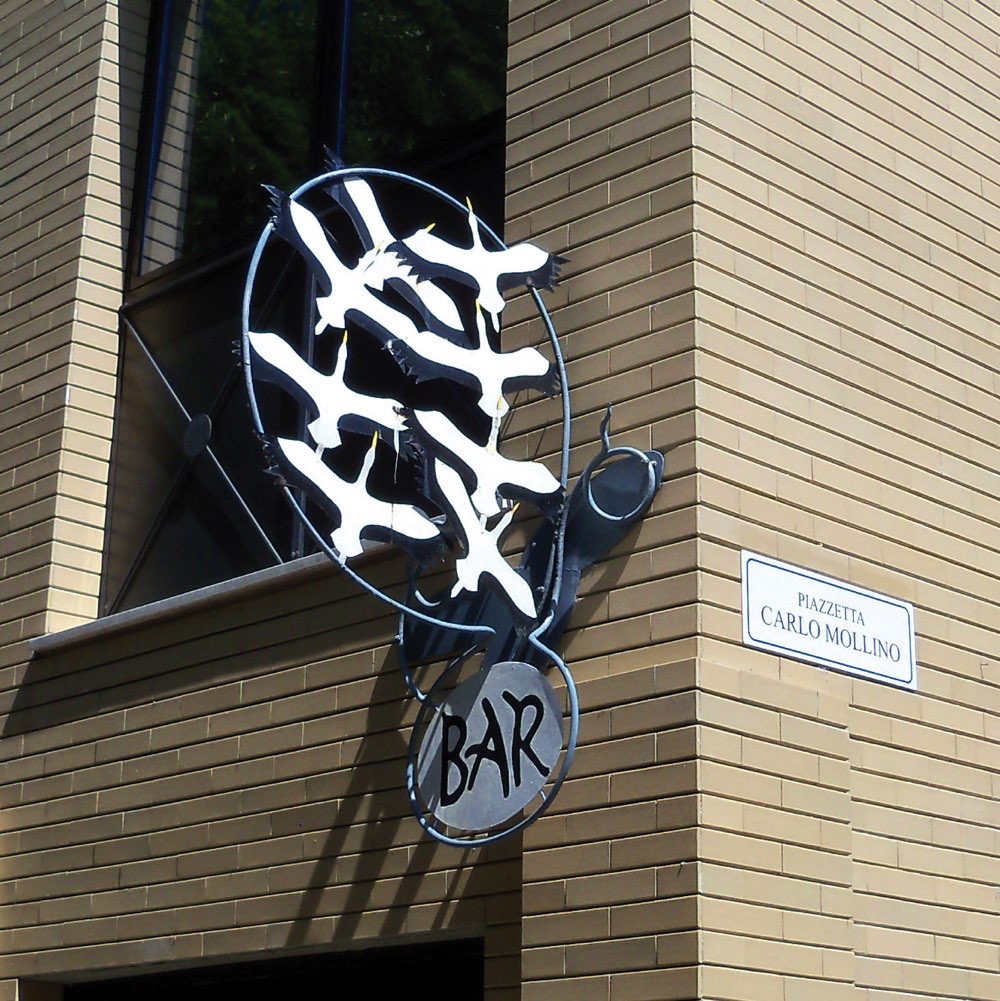 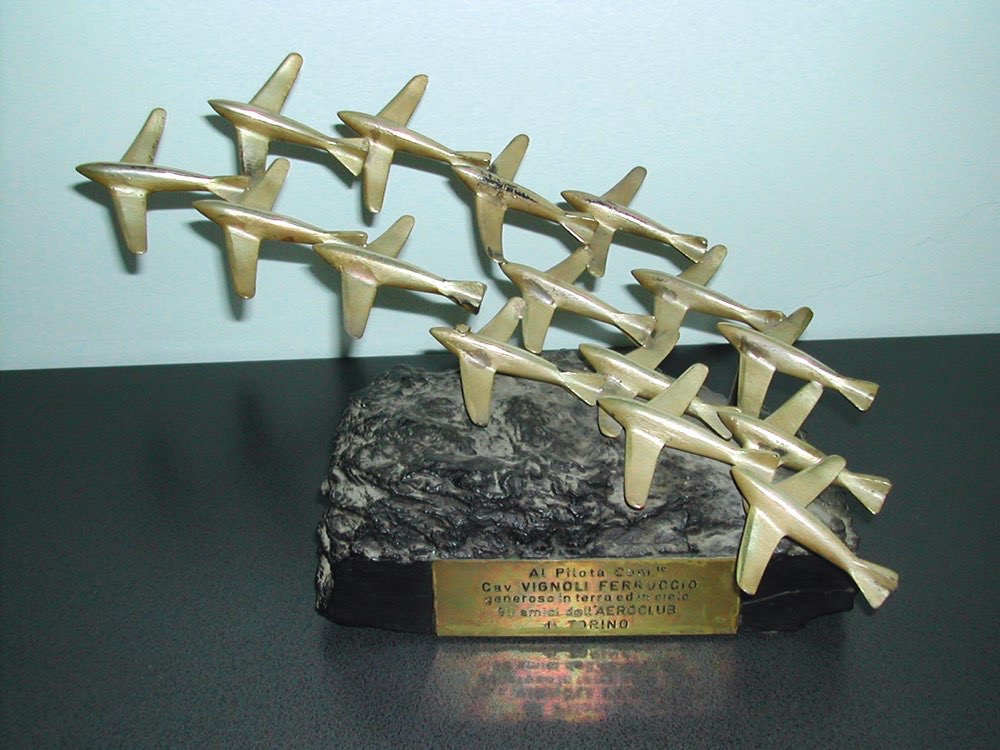 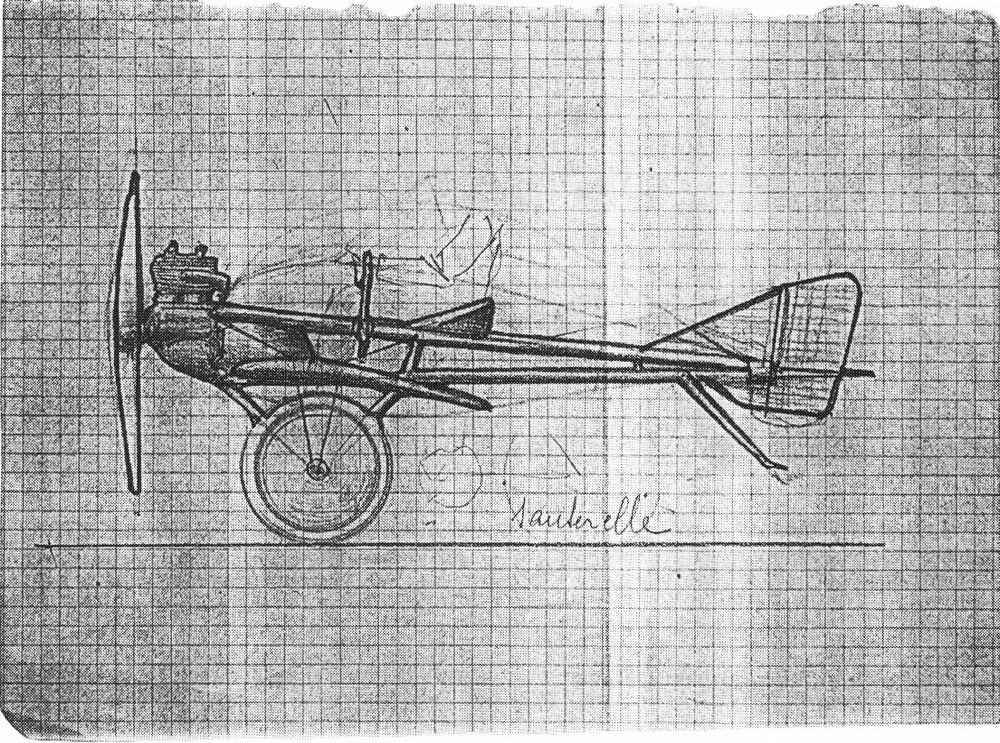 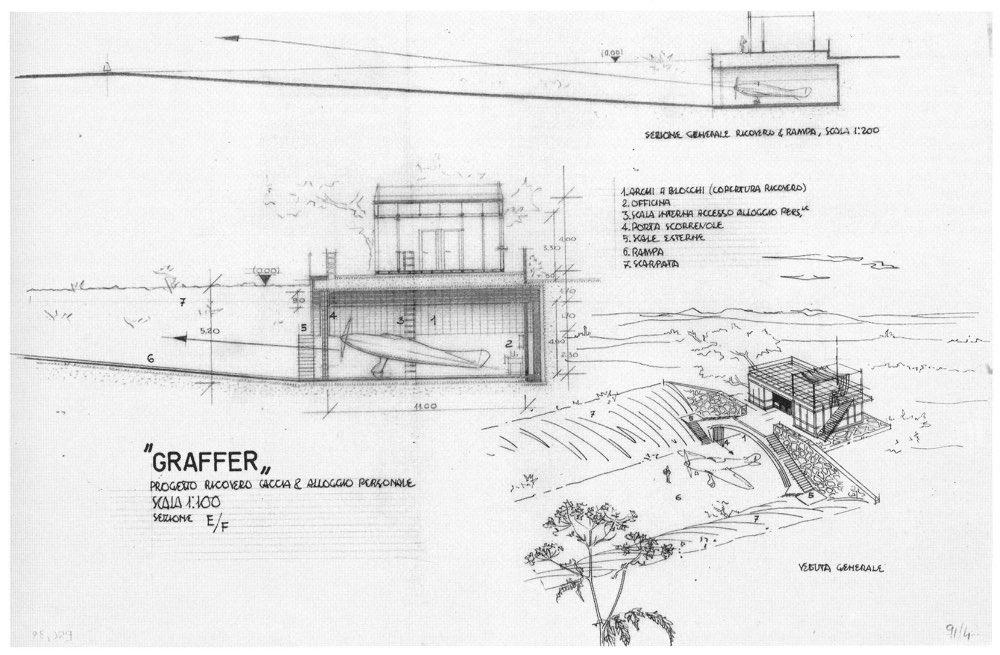