The 50’s saw the arrival of jet-powered aircraft. The airport at Caselle, until then exclusively a military airfield, was opened to civilian traffic on the 30th of July 1953 and just 6 days later (5th Aug.), commercial activities began with the start of a Turin-Rome service operated by Alitalia using a Convair 340. It became the reference point for commercial aviation only from the 6th of March 1956 with the constitution of the management society Sagat. 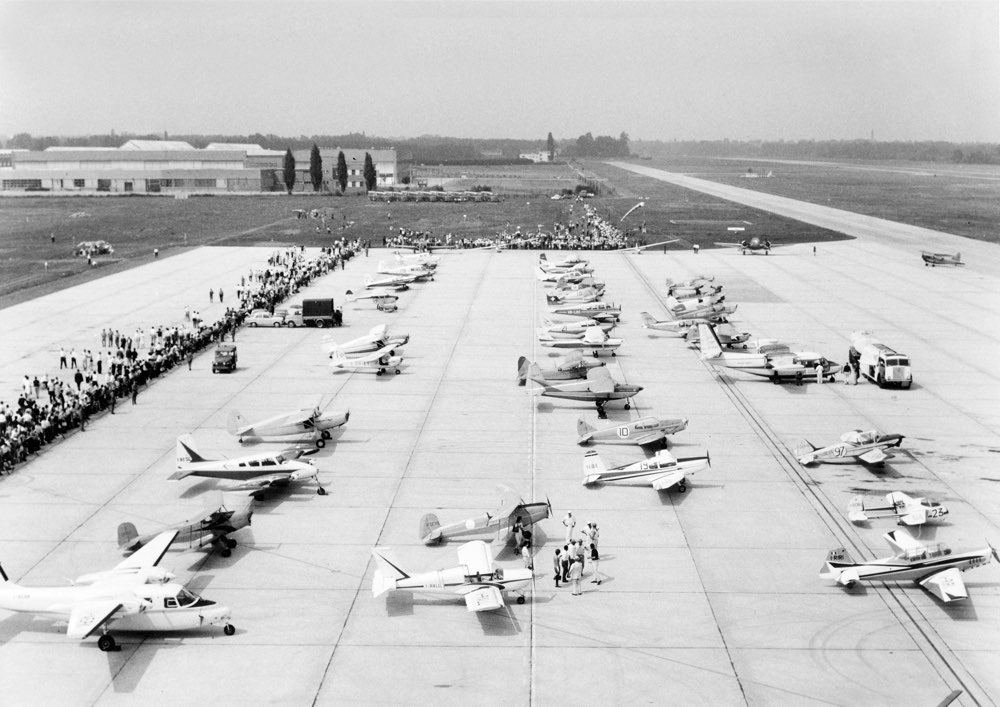 Despite this, all training and sporting activities continued to take place on the Aeritalia runway. 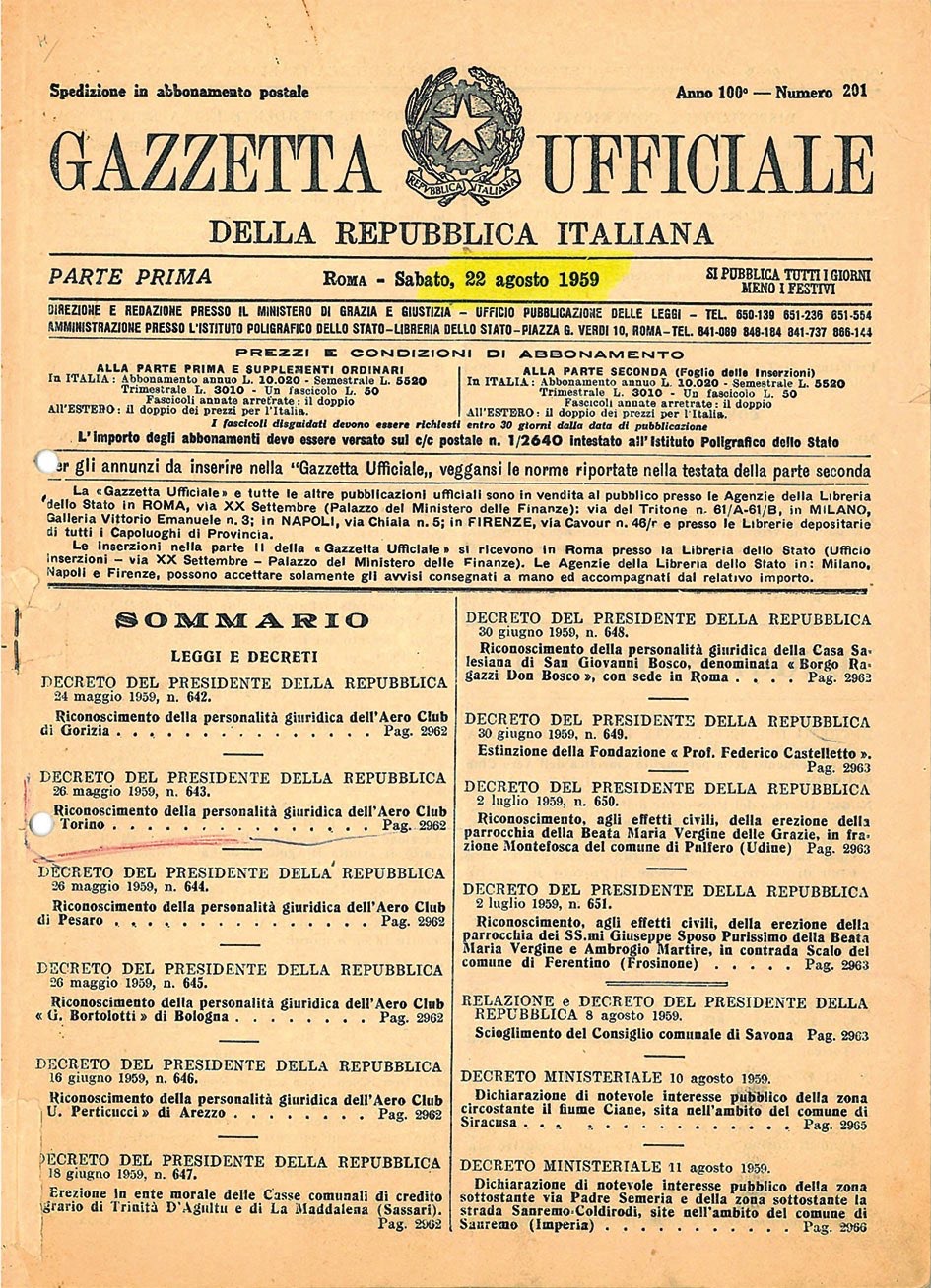 In 1958, “the Advocate” (Giovanni Agnelli) began discussions with FIAT with the intention of building another runway and the related taxiways. At a Board Meeting on the 7th of February 1961, the FIAT Board voted the sum of 106 million lire for the construction of the new asphalt runway “28r-10l”, 1,075 metres in length, for use by the Aero Club. Only a few weeks later, on the 9th of March, another 84 million lire were allocated to extend the runway “30” to 1,500 metres, and yet a further 20 million to re-asphalt the whole of “30”. 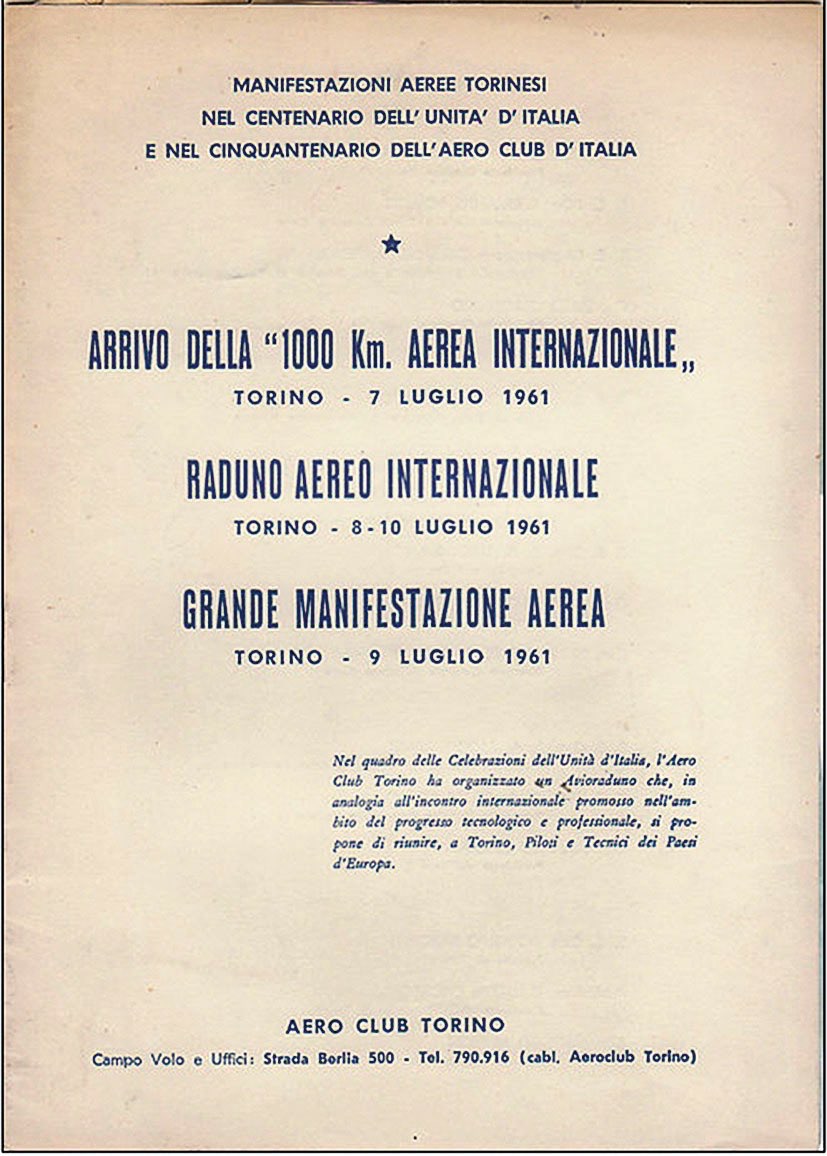 With regard to the construction of the new runway, which needed to be completed in time for the Centenary of the Unification of Italy, the Managing Director of FIAT, Engineer Bonadè Bottino, stated in a memo dated 7th Feb 1961 to Prof. Vittorio Valletta: “The only way to guarantee the availability of this runway in time for the Centenary is to start work immediately!”

And so it was. The runway was built in time and inaugurated with a huge air show as planned.
In the context of the centenary celebrations for the Unification of Italy, Turin was selected as the arrival destination of the 1000 km international race organised by the Aero Club d’Italia.
Among his many achievements, Agnelli was also responsible for restructuring the clubhouse, having hangars built with State funds (1963), the complete renewal of the fleet (1964, 1965 and 1968) and above all, giving the Aero Club an incredible impulse and prestige. 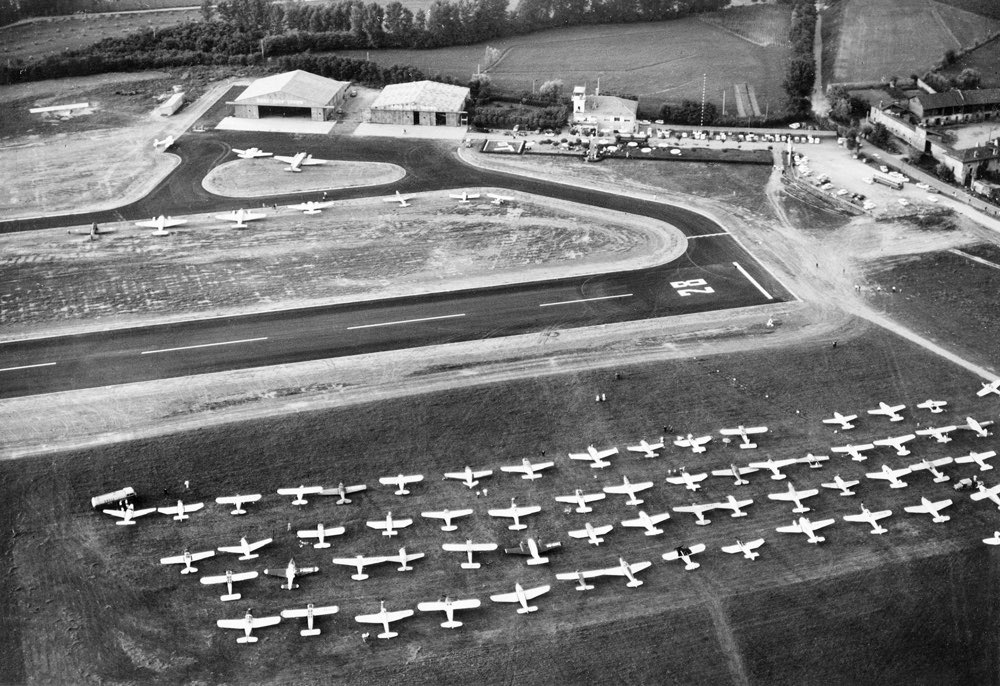