One fight over Conegliano on March 29, 1917 was particularly noteworthy. On that occasion, indeed, during a lone flight Cabruna was attacked by an Austro-Hungarian formation consisting of a leading bomber escorted by ten fighters, including three Fokker “Petit Rouge” of Von Richthofen’s aces Squadron and Albatrosses of Captain Brumowski’s Squadron. Despite the odds, he managed to bring down the fleet leader bomber. The enemy aircraft abandoned the mission and turned back. In memory of this feat, Achille Beltrame designed the color cover of the “La Domenica del Corriere” of 8 September 1918 entitled “1-11”.
As a result of this action Cabruna was proposed for another Silver Medal for Valor, but about one month later this was commuted into his promotion to the rank of Officer of the Royal Carabinieri, becoming 2nd Lieutenant in permanent service.
By this time, the war was close to its end and during an observation mission, while he was returning to the airfield of Carpenedolo (Brescia), an engine oil pipe exploded, momentarily blinding him. During the landing, the aircraft capsized, causing him a fractured shoulder.
After the war he joined the Legionaires of Fiume (Rijeka) and was the first pilot to land on the airfield of Ronchi dei Legionari, where he put all his efforts into the Fiume cause.
Being a volunteer in the Legionaires of Fiume he also resigned from the Royal Carabinieri.
A few months after the signing of the Treaty which established Fiume as Italian, he was recalled to arms with the rank of Captain of the Carabinieri of the Royal Italian Air Force, and in May of that same year (1924) he was awarded the Gold Medal for Military Valor.
He died in Rapallo (GE) January 9, 1960, but his body was carried to the Vittoriale, alongside that of Gabriele d’Annunzio, his Commander of the Legionaires of Fiume. 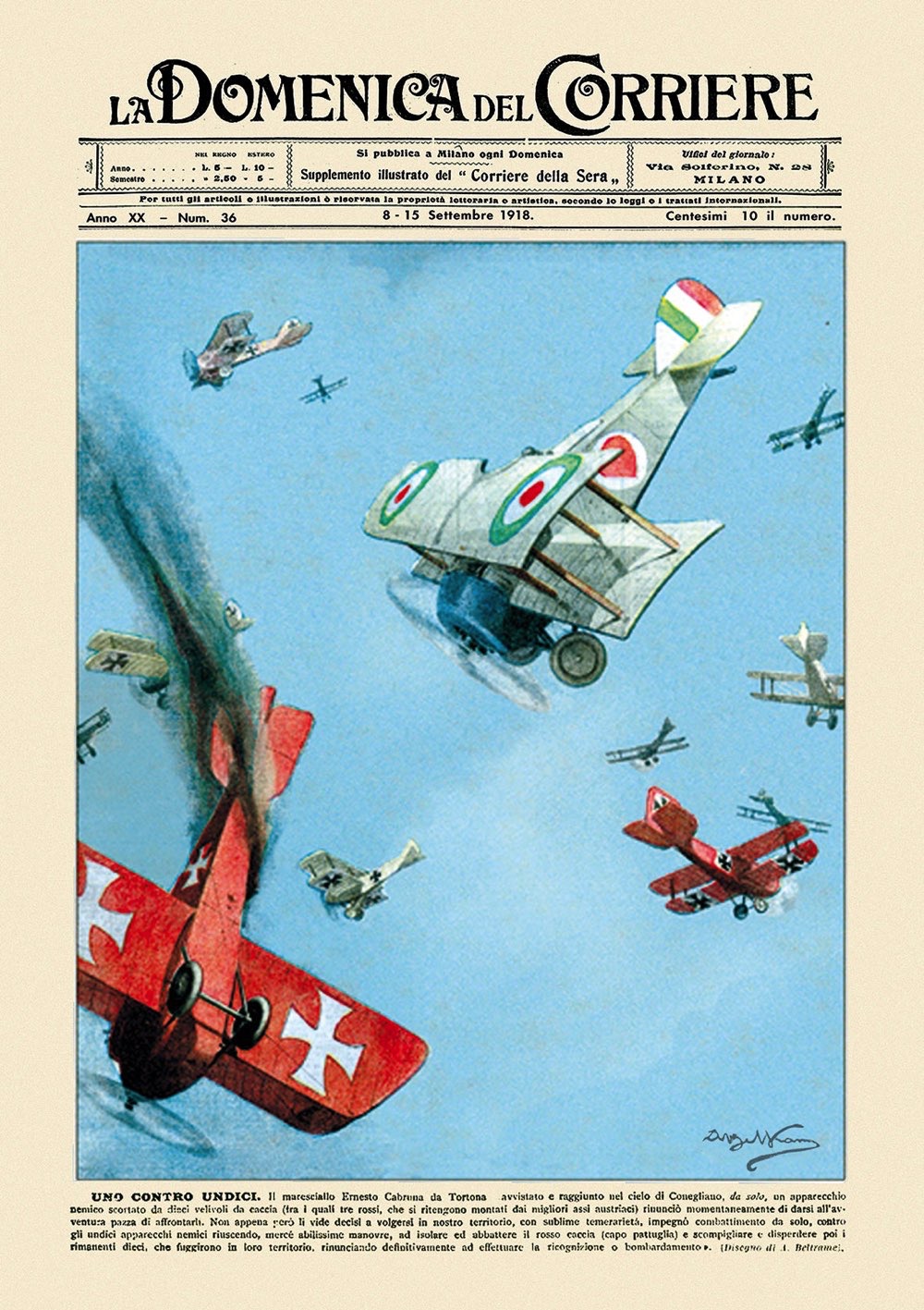 Thus in 1966 the 1st Helicopter Group of the Carabinieri (NEC) was formed, based at the Turin-Aeritalia Airport, and housed in structures built and loaned for this purpose by FIAT Aeritalia.
The first helicopter, an Agusta Bell 47-J3B, was delivered to Turin in January 1967 and housed in the airport’s original hangar, located at the head of runway “30”, which had previously held some cherished artifacts which were testimony to Turin’s glorious aviation history.
Due to its limited performance at high altitude, the “Juliett” type helicopter was soon replaced by an Agusta Bell 47-G3B1 known as the “Super Alpino” since it was equipped with a supercharger. This allowed it to operate in the mountains with what was then considered to be exceptional performance. The pilots were Lt. Guzzardi and Sgt. Di Giampiero.
In 1973 the groupe became equipped with the AB 205, replaced one year later by the more versatile AB 206 “Jet Ranger”.
In October 1983, the base was transferred definitively to Volpiano (TO).
We should not forget that during the period 1966 to 1989, the 1st Helicopter Groupe of the Carabinieri conducted more than 1,000 rescue missions and 125 flight missions, including nocturnal, transporting medical teams during the pioneering phase of organ transplants.
The intervention of the 1st nec was of vital importance during the rescue of flood victims from 1970 onwards.