A Century of “Aeritalia”

With the intention of providing suitable and appropriate emphasis to this Anniversary, a work group was formed in October 2015 under the direction of the Aero Club Torino. This immediately set to work to determine all organizational aspects.
The various local public bodies (Piedmont Region and the Municipalities involved in the event) plus the most important trade associations (Employers’ Association, Confindustria, Chambers of Commerce, Aero Club of Italy, etc.) associated themselves with the Organising Committee.
The anniversary was celebrated with the particular support of the Municipality of Collegno and Industrial Union through a series of events that gained universal acceptance. 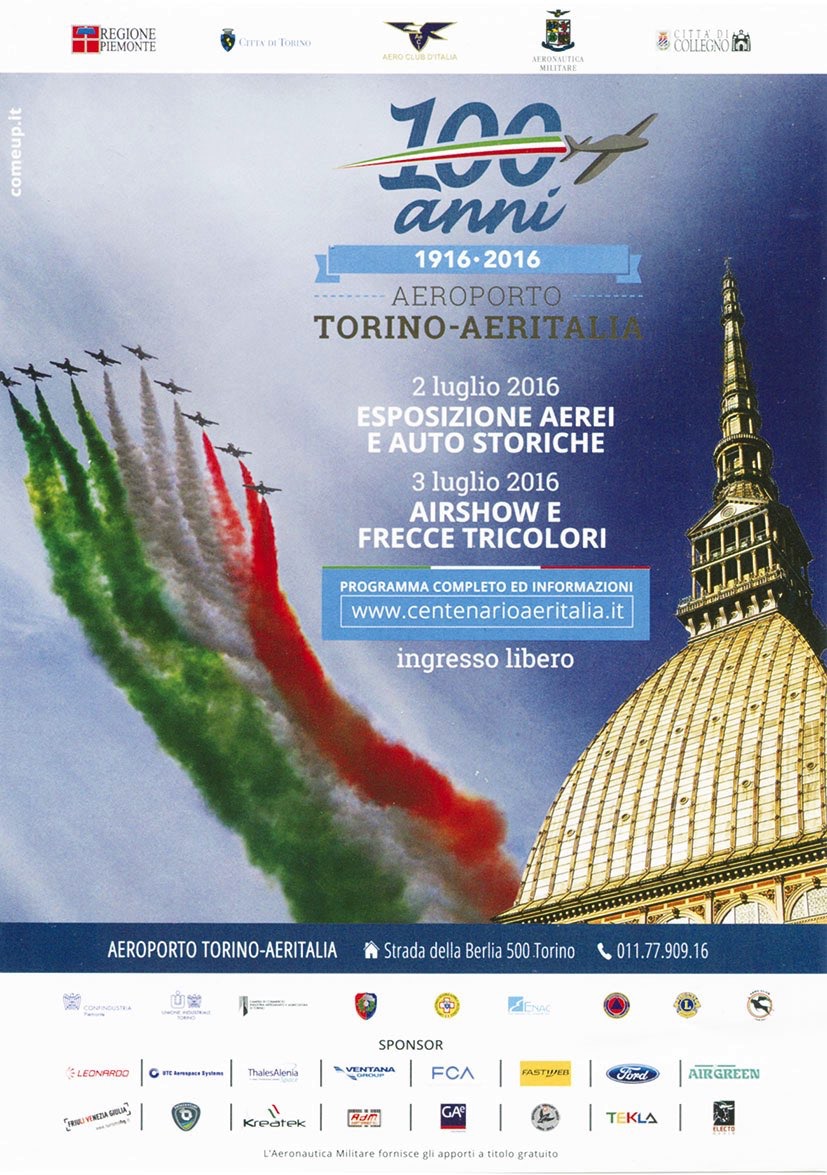