Having gained a degree in Economics and Commerce, he went into business as a chartered accountant before devoting his free time to flying.
Like Villa, he also was one of the “late arrivals” to the world of flight, but with passion and enthusiasm, achievied his first pilot’s license (gliding) in 1980 followed by his powered flight license, instrument rating (ifr) and multi-engine rating (with a Cessna 501).
In 1984 he was elected to the Governing Council of the Aero Club Torino as the gliding specialty representative, successively becoming Director of the Gliding School itself.
From 1998 to 2004 he was the Aviation Law Instructor for the Aero Club Torino flight school.
He was President of the organizing committee that successfully won the World Air Games 2009 for the City of Turin.
In 2009 he was also appointed President of the “Statutary Reform” Commission of the Aero Club of Italy.
In 2011 he was appointed Federal Procurator for Aeronautical Sport for the Aero Club of Italy.
In 2012 he was appointed as a member of the Ministry of Transport flight safety (SSP) working group within the Civil Aviation Authority in Rome.
On October 16, 2014, the FAI (International Aeronautical Federation) awarded him with the “Paul Tissandier” diploma in recognition of his activities concerning the promotion of air sports.
On January 31, 2016 he was honored by the City of Collegno with the award of the “Golden Certosa”, a recognition for non-Collegnese citizens who have been instrumental in promoting the development of the city of Collegno.

On November 1, 2002 he was elected as the President of the Aero Club Torino, a position he holds to the present day. 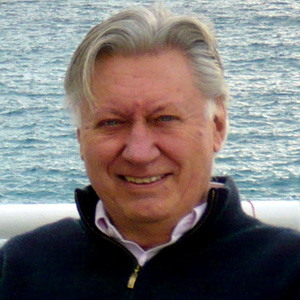