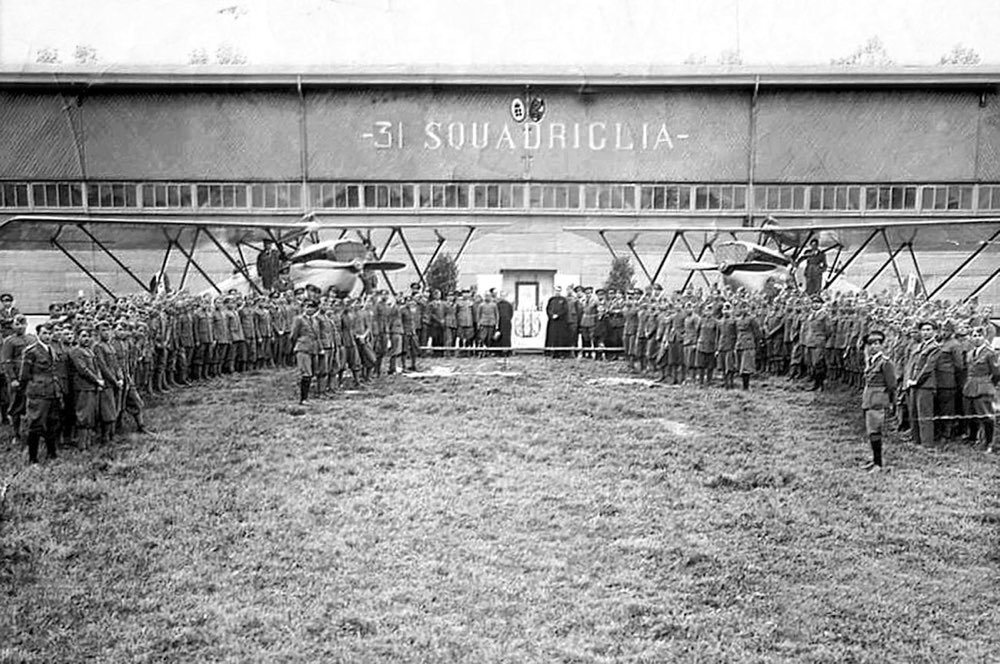 Following the tests in 1909 of the Faccioli 2 and the later models which took place within the public meadows of Venaria Reale, other pioneers started to utilize the area for their flight tests and trials up until August 18, 1912, when following the creation of the “Aviators Battalion” (July 1 1912) at Venaria, just as at San Francesco al Campo a military school furnished with Bristol monoplanes was set up and managed under the responsibility of Liutenant Ercole Capuzzo, a Tobruk veteran, and former leader of the “Voluntary Aviators” fleet. He was assisted by Liutenant Luigi Antonini as the flying instructor.
The field was provided with tented hangarage which could be dismantled as required.
Their colleagues from Mirafiori saluted the event with a highly appreciated formation fly-by.
Up until the end of World War I, the school trained and consigned pilot brevets to more than 350 military aviators, including many of the conflict’s famous aces.
Today, this airport, dedicated to the memory of Mario Santi, is home to the “Toro” Squadrons of the 34th Army Aviation Group, as their base for the Agusta Bell 205 medium and Agusta Bell 206 reconnaissance helicopters. 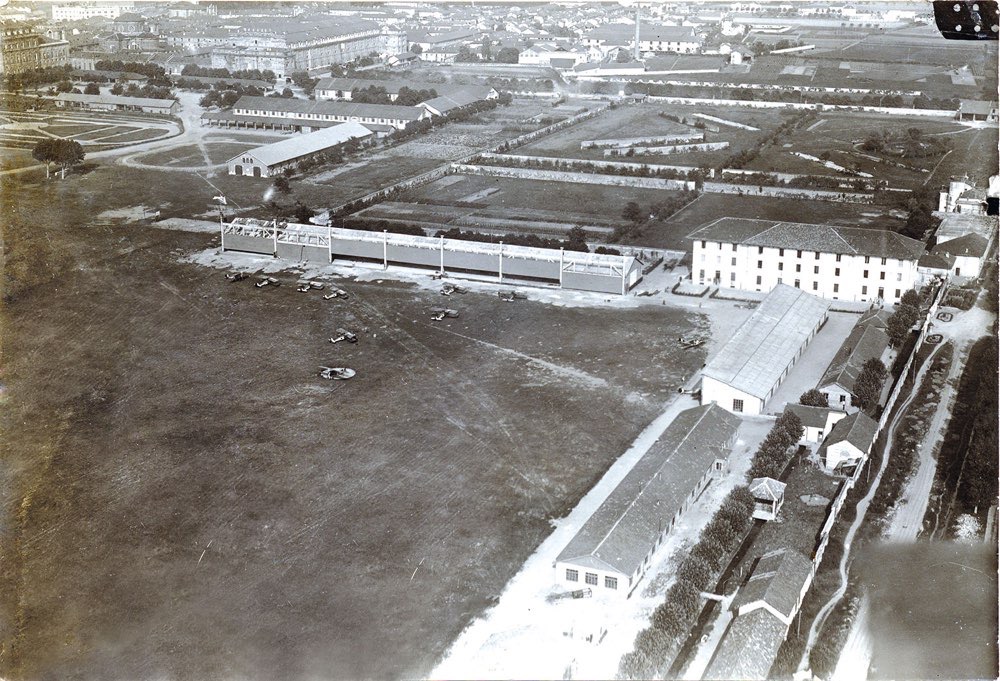