The Italo-Turkish War (also known as the Lybian War) between the Kingdom of Italy and the Ottoman Empire for the possession of the North African regions of Tripolitania and Cirenaica began on the 29th of September 1911, it ended on the 18th of October 1912.

Italy invaded Lybia with about 67,000 men, transported and supplied by the Italian Navy using some 259 ships, 114 of which belonged to the merchant marine fleet. 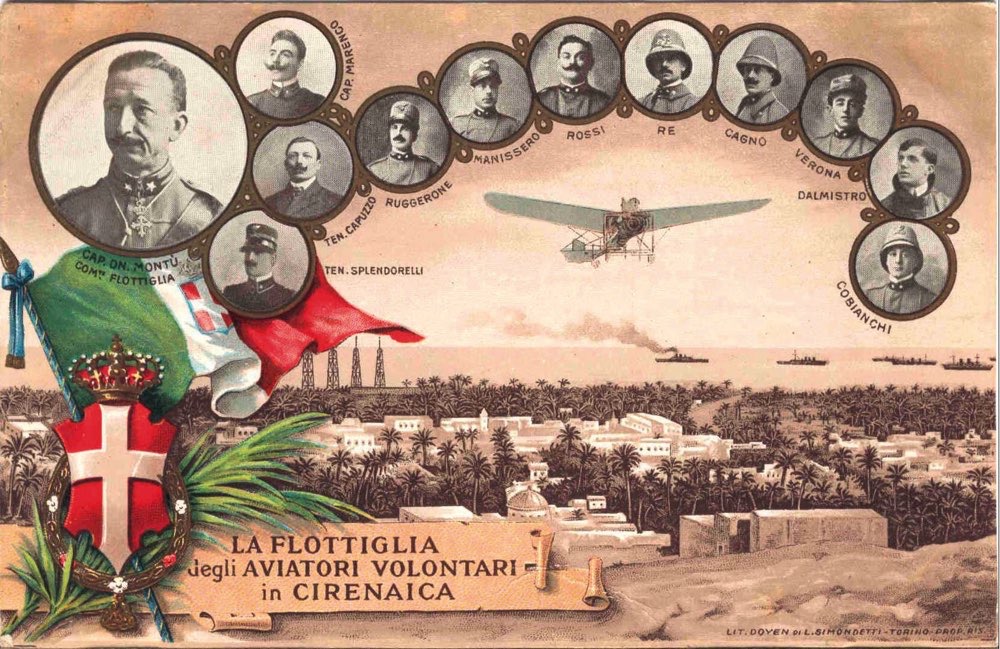 A small aeronautical contingent accompanied this imposing military force - a flotilla of 9 aircraft (two Blériot ixs, three Nieuports, two Farmans and two Etrichs), with 11 pilots, 5 of which were regulars, was sent to Tripoli under the command of Captain Carlo Piazza. Apart from Piazza, the pilots were Riccardo Moizo, Leopoldo De Rada, Ugo De Rossi, Giulio Gavotti and six others from the reserves - Felice Scapurro, Igino de Winkels, Costantino Quaglia, Ettore Marro, Andrea Poggi and the Medical Lt. Luigi Falchi) along with 30 men from the ranks. The Unit was known as the “1st Tripoli Aircraft Flotilla”.

An aerial presence was also foreseen at two other sites – Tobruk and Derna – but due to the lack of military pilots, the Ministry of War (thanks to an initiative by the Torinese newspaper “La Stampa Sportiva”) authorised Carlo Montù, given the rank of Captain, to organize an expedition of volunteer pilots denominated the “Flotilla of Civil Aviator Volunteers” who would be sent to Libya to complement the flotilla operated by the Army. 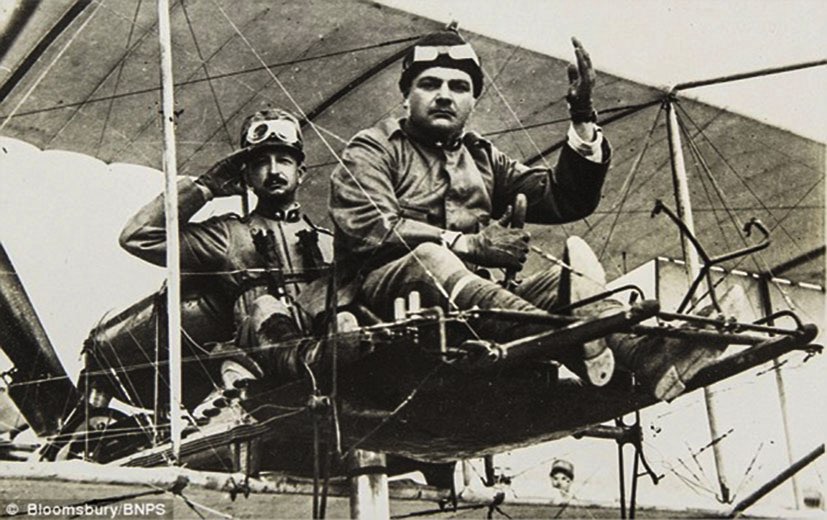 Montù’s group was split into two squadrons: one, comprising two Blériots and three Farmans, was sent to Tobruk. This was commanded by Lt. Ercole Capuzzo, with Romolo Manissero, Giuseppe Rossi, Germano Ruggerone (Eros) and Umberto Re as pilots. The other four aircraft were sent to Derna. 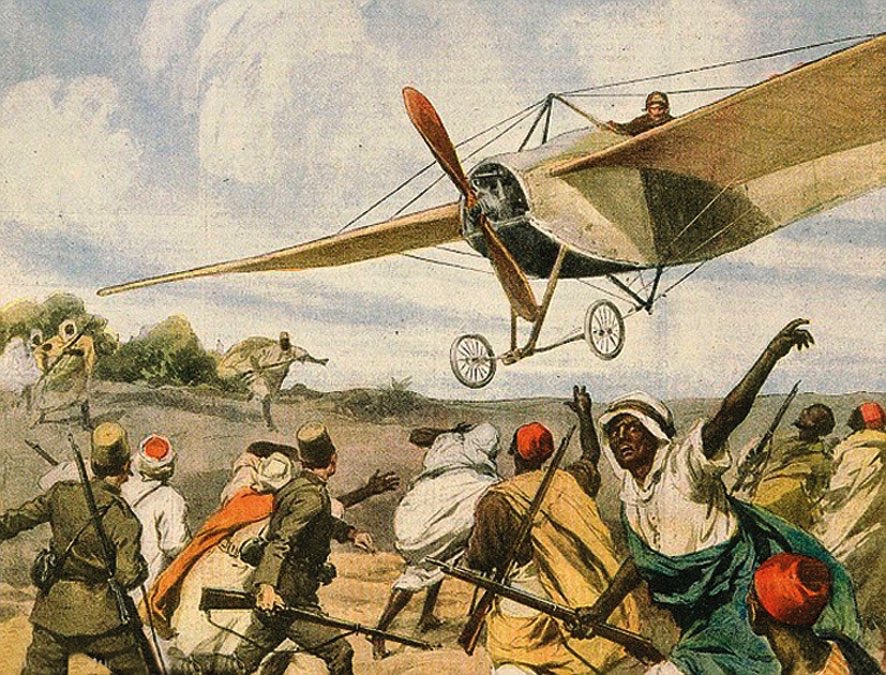 Commanded by Captain Maddaleno Marenco, they were flown by the civilian pilots Umberto Cagno, Mario Cobianchi, Achille Dal Mistro and Alberto Verona. The flotilla embarked from the port of Naples for Cirenaica on November 30th 1911.

The mission to Libya allowed Italy to establish a number of “firsts”: 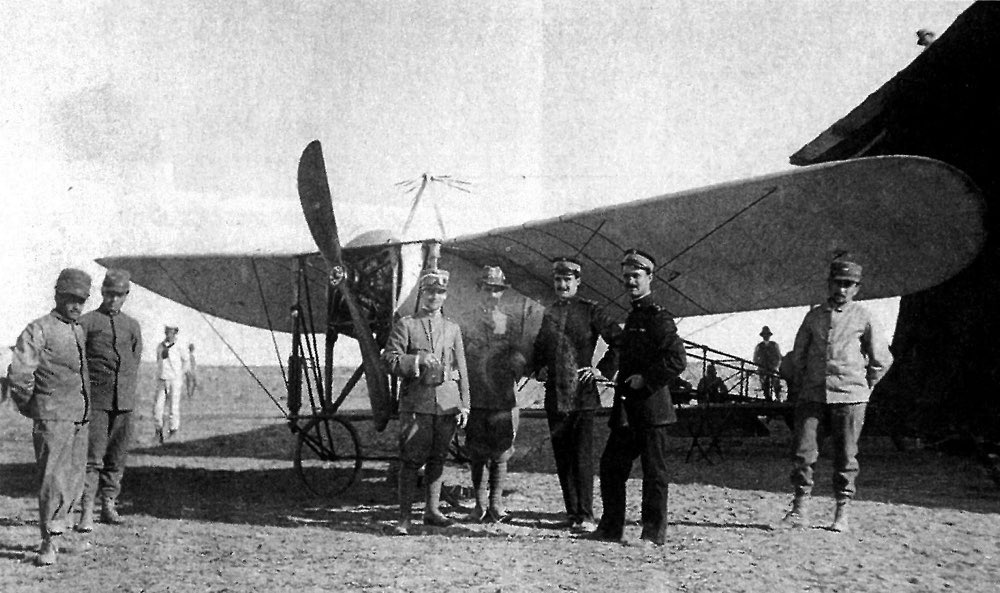 Among the first operations on arrival, Captain Piazza performed a number of topographical reconnaissance flights to correct the errors in the available maps of the Tripoli area.

Piazza had immediately understood the importance of aerial photography, and requested that the specialists Battalion in Rome send him a Bebè-Zeiss camera, but his request was not satisfied. Then he asked the photographic section of the Engineers stationed in Tripoli for one and they loaned him a semiprofessional machine with 9x12 plates which he mounted lens-down in the aircraft in order to take pictures. However, this required him to land after each photo in order to manually change the photographic plate. On returning to Italy, Piazza built and patented a 13x18 plate camera for use in aircraft with a mechanism which could automatically change the plates in flight. 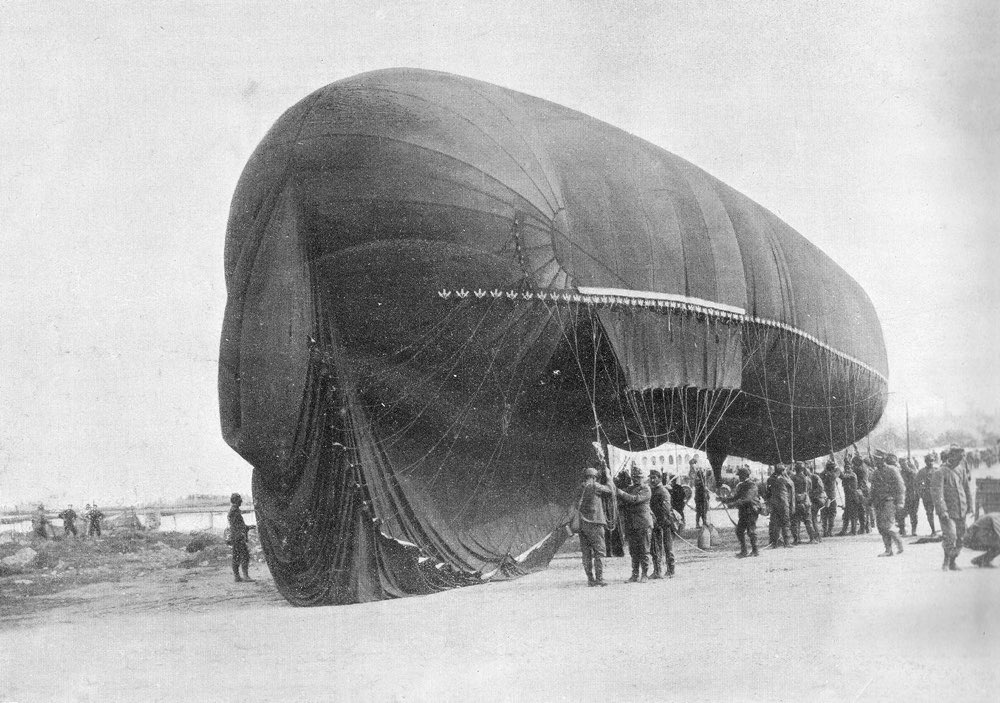