The beginnings of the “Torino-Aeritalia” Airport

Pomilio was a highly appreciated Engineer of the dtam (Direzione Tecnica Aviazione Militare), the military design bureau, where, together with Engineer Umberto Savoia, he had already designed the first of the “SP” aircraft (Savoia-Pomilio). 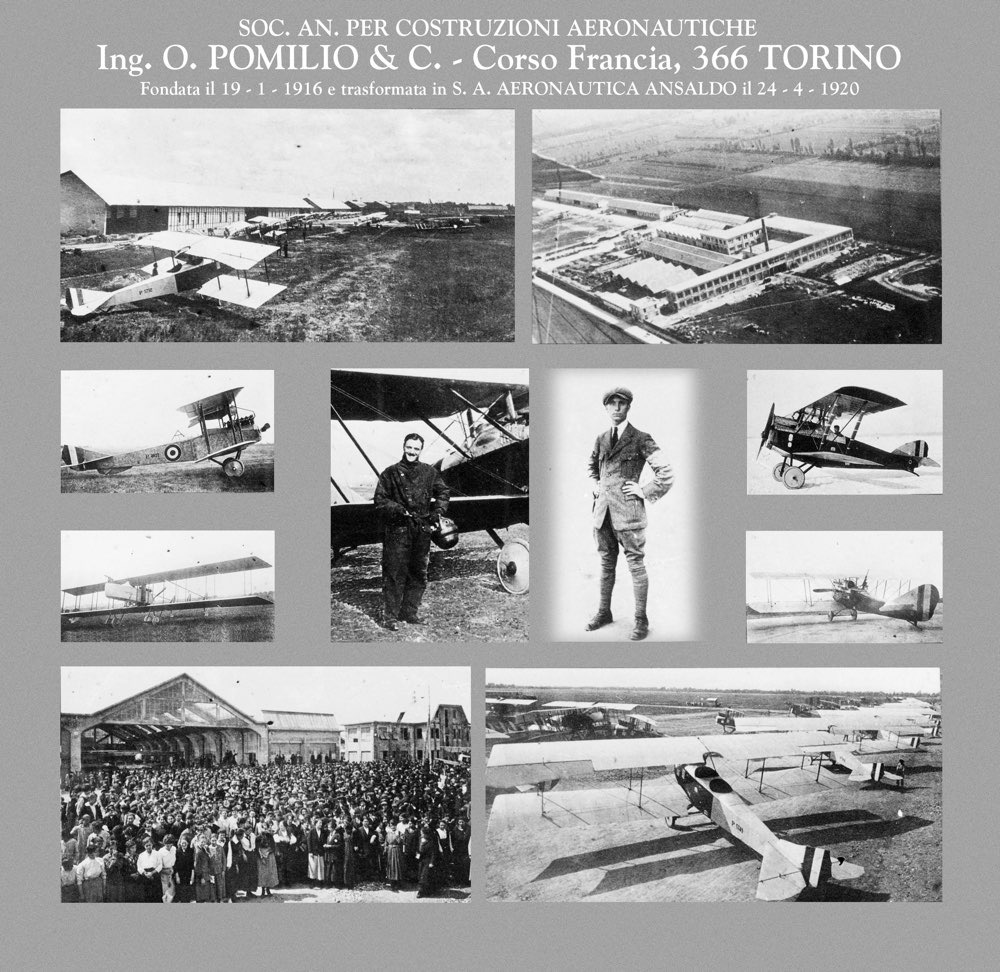 In 1915 he resigned from the dtam to start his own company, aimed at the design and development of the SP.2. Thus, in the midst of the First World War, he founded the company which would soon become an important part of the Torinese industrial scene, to the extent that by 1917 it already employed more than a 1,000 people.

Pomilio could count on many excellent collaborators, among which which was a man from Abruzzo like himself, Lt. Engineer Corradino D’Ascanio, later to become one of the great pioneers of Italian aviation. 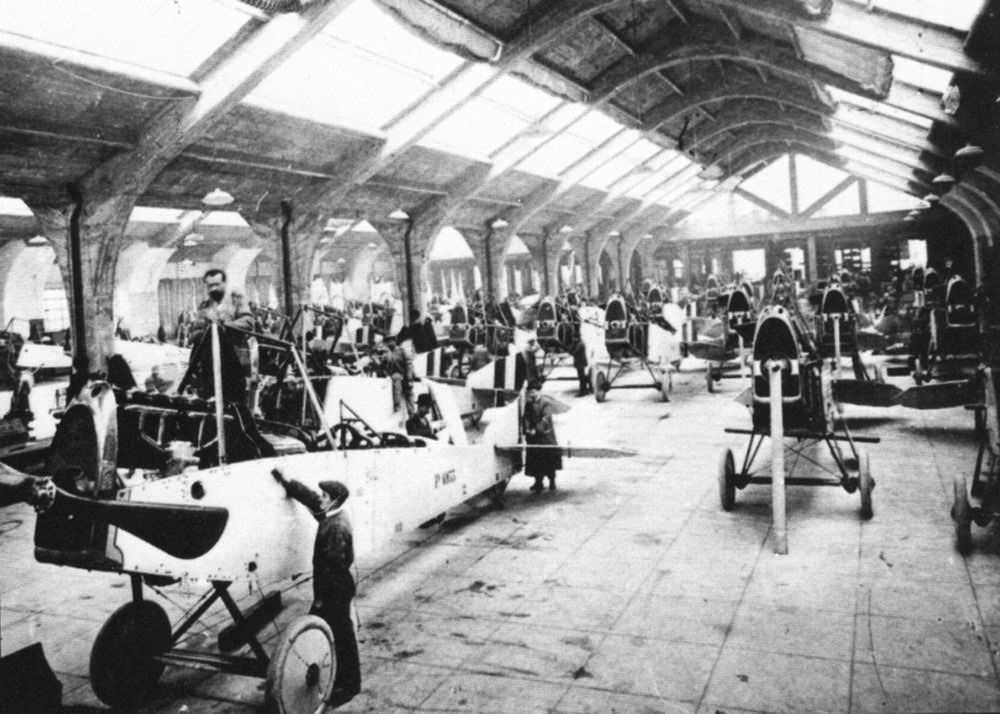 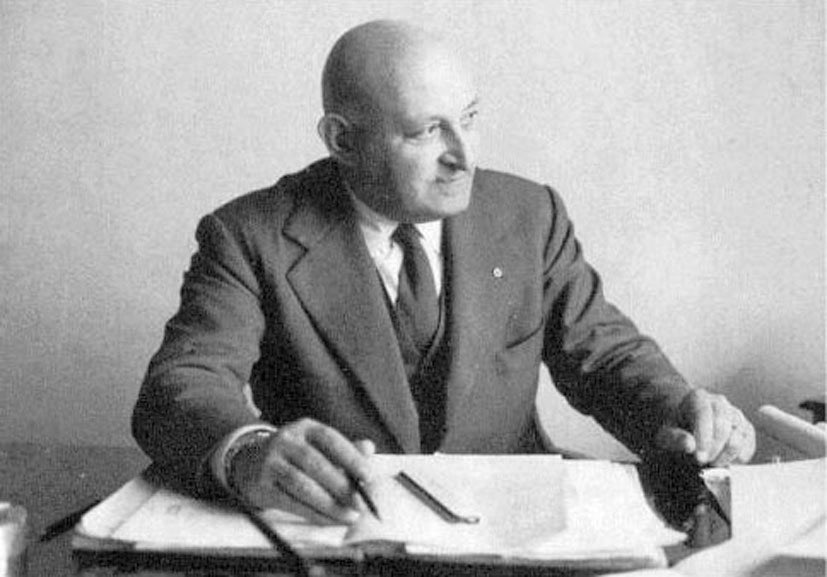 D’Ascanio collaborated with Pomilio in the design of both fighter and bomber aircraft – machines which soon found themselves facing the Austrian pilots in the period following the disaster of Caporetto. He also ceded to Pomilio the rights of Patent No. 32,500 of 30th June 1916 for the “Universal automatic clinometer for aircraft and other flying machines. In particular, in aeroplanes, this instrument will automatically indicate the inclination at all times, both longitudinally in pitch and horizontally in roll”. It was the ancestor of the artificial horizon.

The design of the 2-seater fighter “c.1” began that same year, and by June 1917, when production ceased, some 80 examples had been built. Future Pomilio aircraft were identified by the letter “P”.

On the 10th of July 1916 to test fly his aircraft he inaugurated what today is known as the “Torino-Aeritalia” airfield in the vicinity of Corso Francia factory, with the maiden flight of the SP.2 reconnaissance-bomber piloted by Sgt. Almerigi. 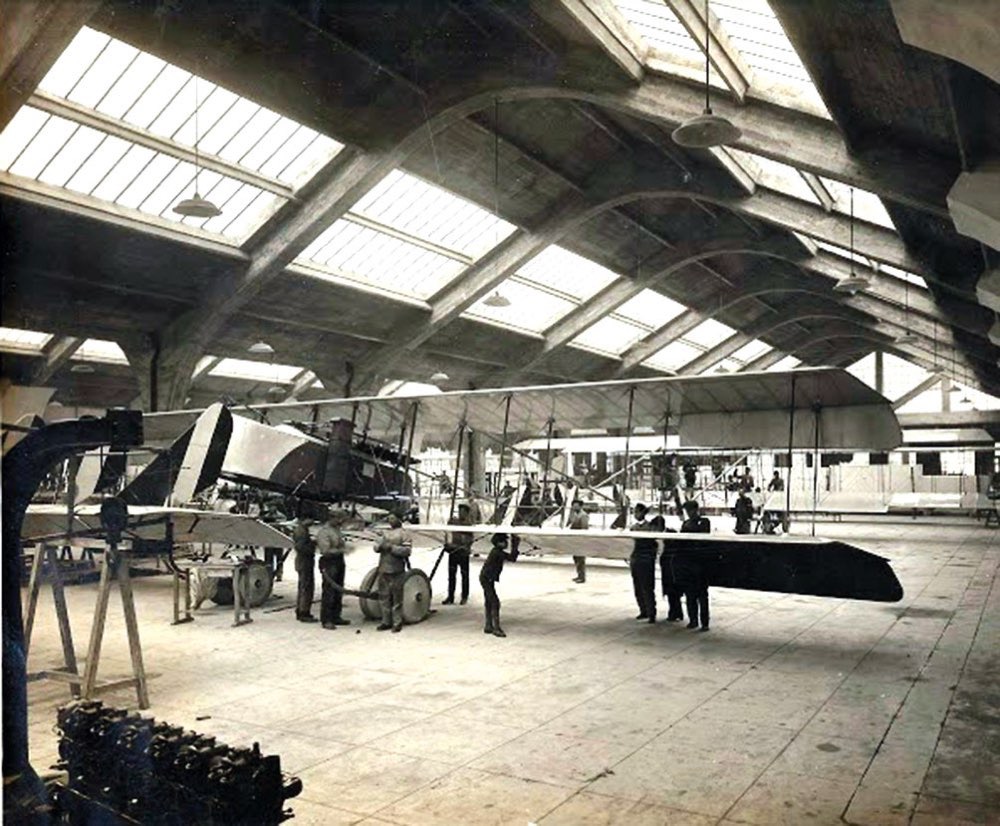 Following the “c” version, production of the “p.d” and “p.e” versions began, and in 1917 some of these were sent to the United States for presentation to the military authorities. The p.e version achieved some particularly notable results which included setting up a new American speed record of 210 km/h round a 480 km circuit (piloted by Baldioli, accompanied by his mechanic, Zappa). 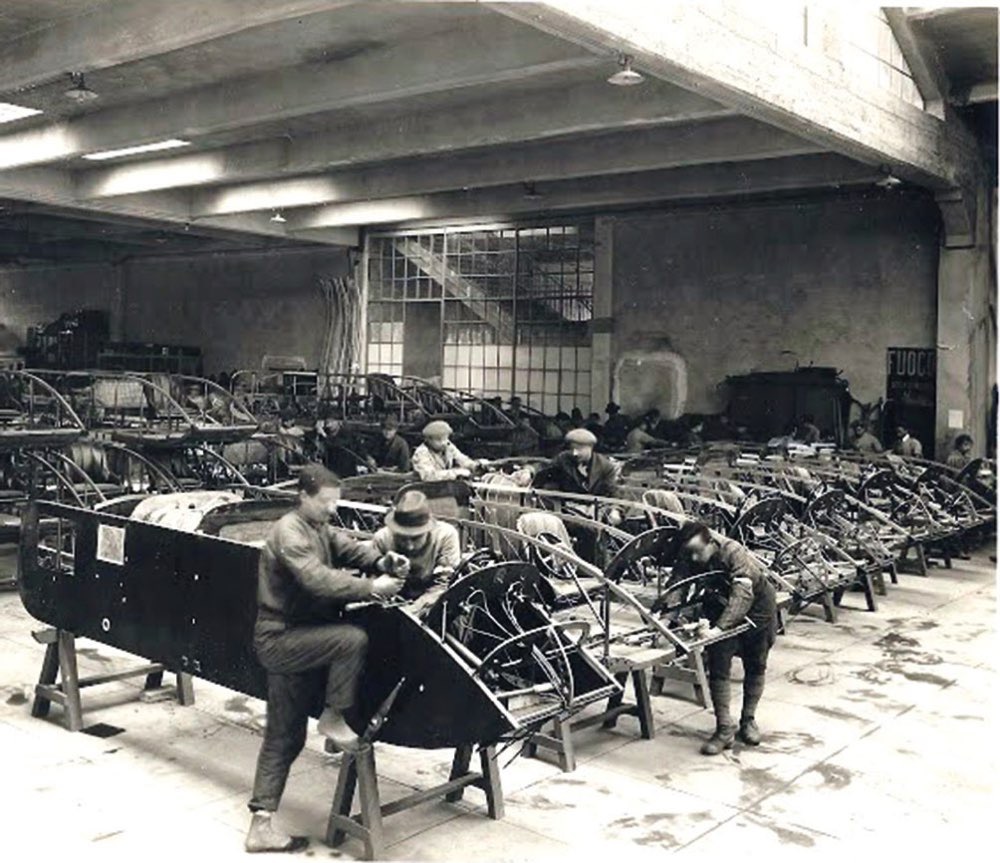 At the height of its wartime production, the factory in Corso Francia attained an output of more than 150 P. E aircrafts a month.

In 1918, Pomilio was ready to test an aircraft designed and built in total secrecy, This had been given the name “P. Gamma”, and was a single-seater biplane with superb aerobatic characteristics powered by an if (Isotta Fraschini) engine. The P. Gamma was presented to the Military Commission at the Mirafiori airfield piloted by Mario De Bernardi, but did not achieve the expected success. 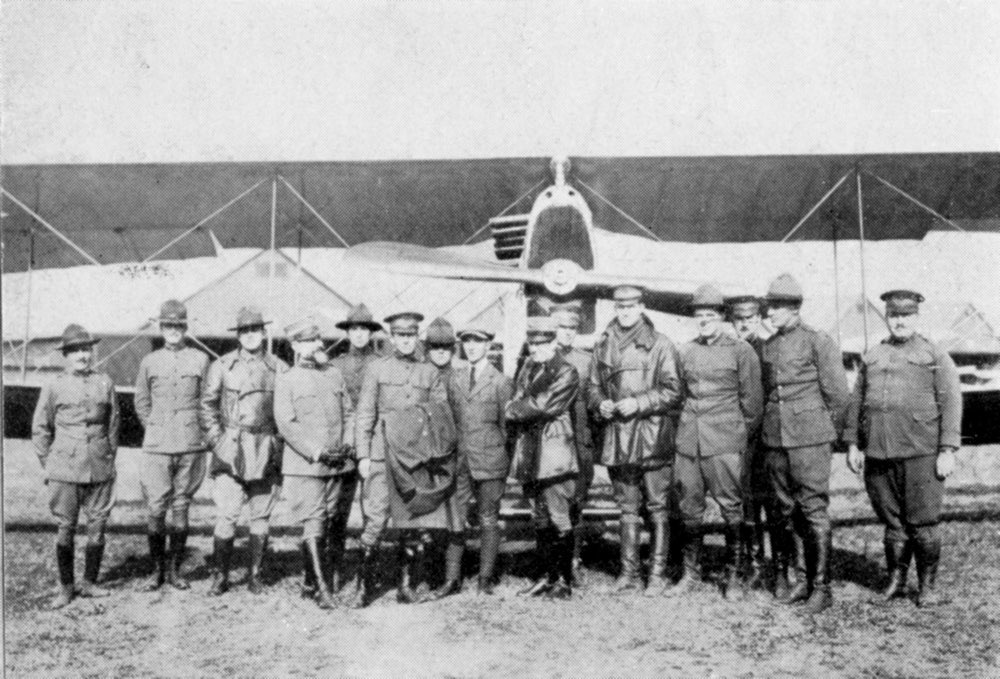 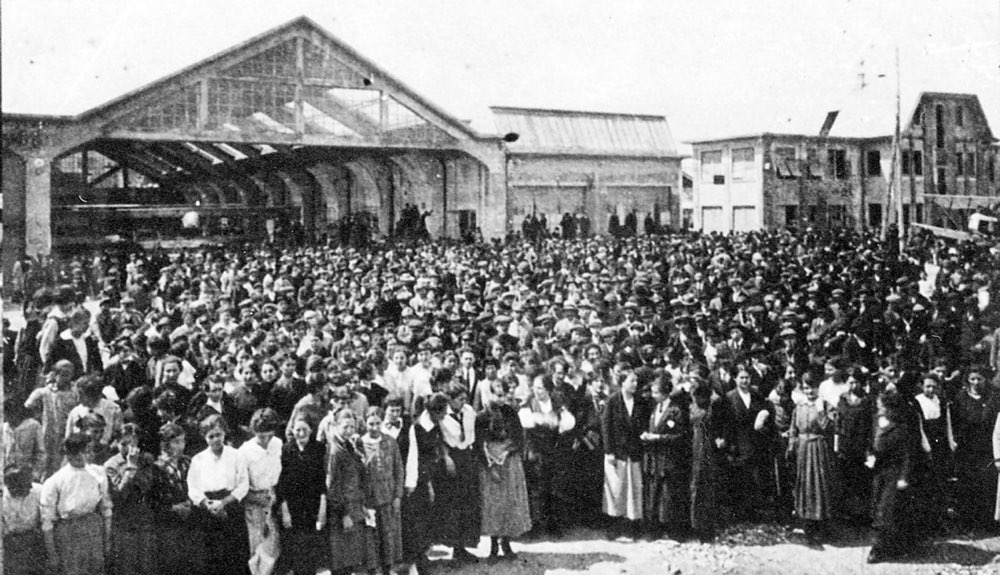 The last aircraft designed by Pomilio was the “p.f” version, completed in 1918. This, however, never went into production due to the sale of the factory to Ansaldo that summer (subsequently redesignated “sai – Gio-Ansaldo & Co. – Aircraft Factory No. 5”). Up until that time Pomilio had built over 1,200 aircraft.

Thus the Pomilio factory gave birth to that long adventure of what became known as “Torino-Aeritalia”, in turn becoming the main airport of Turin for more than twenty years. Its effect was such that even today it influences the aeronautical history of Turin. 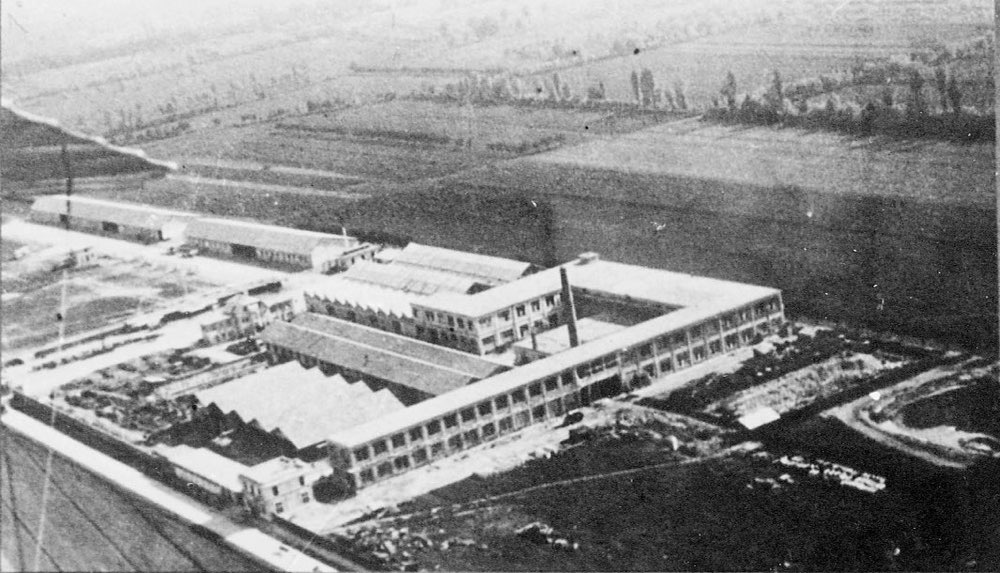 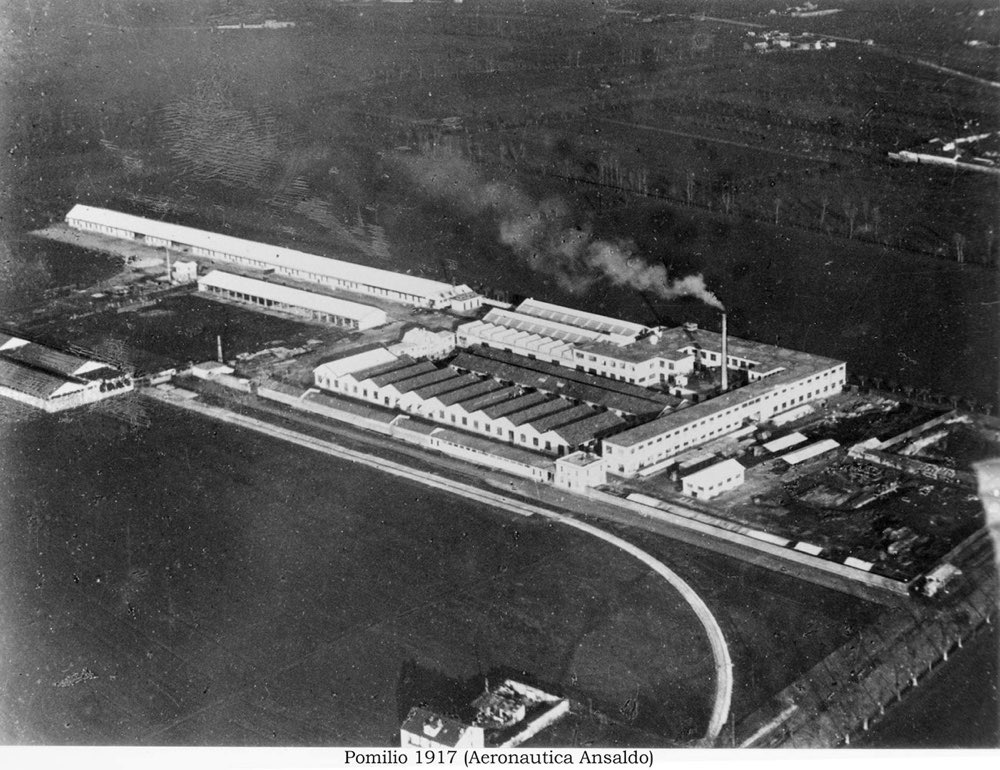 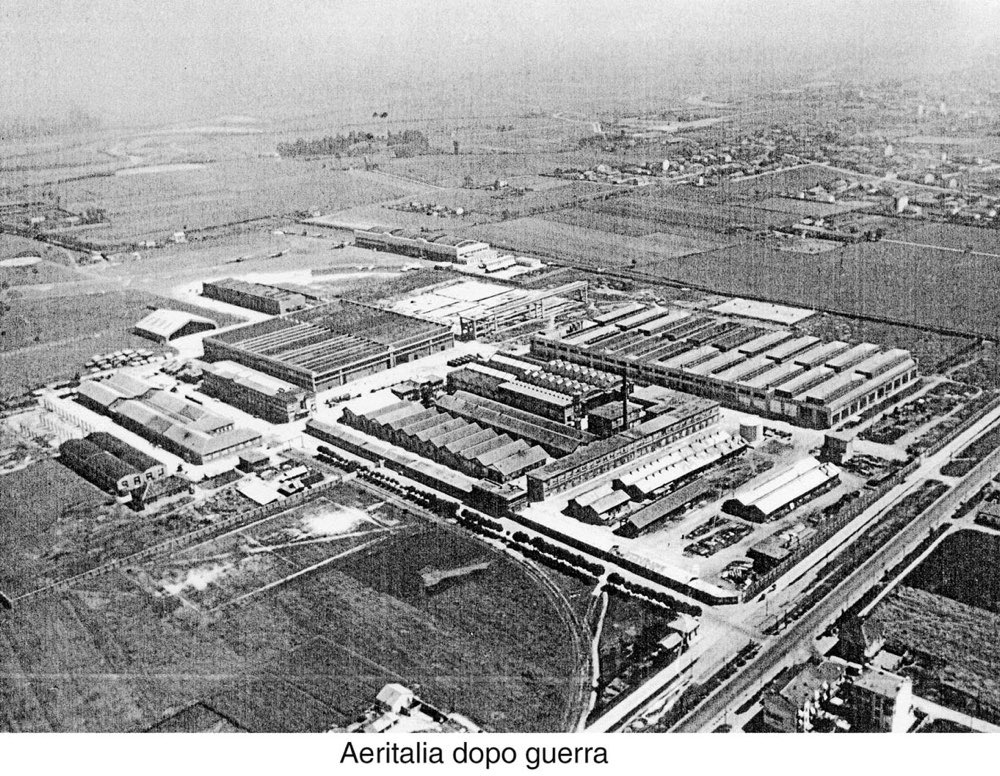 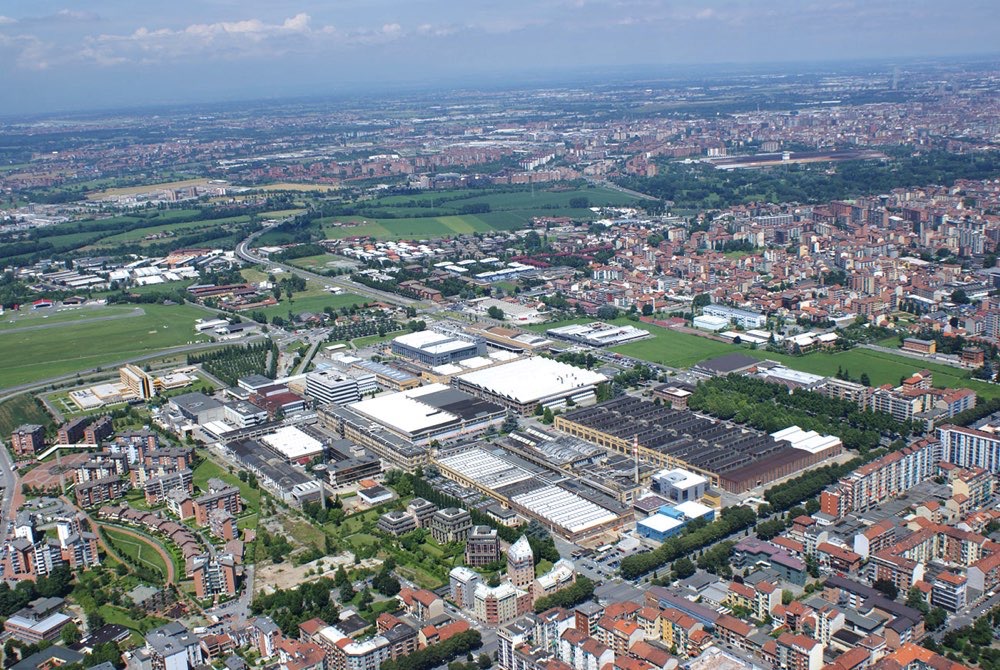 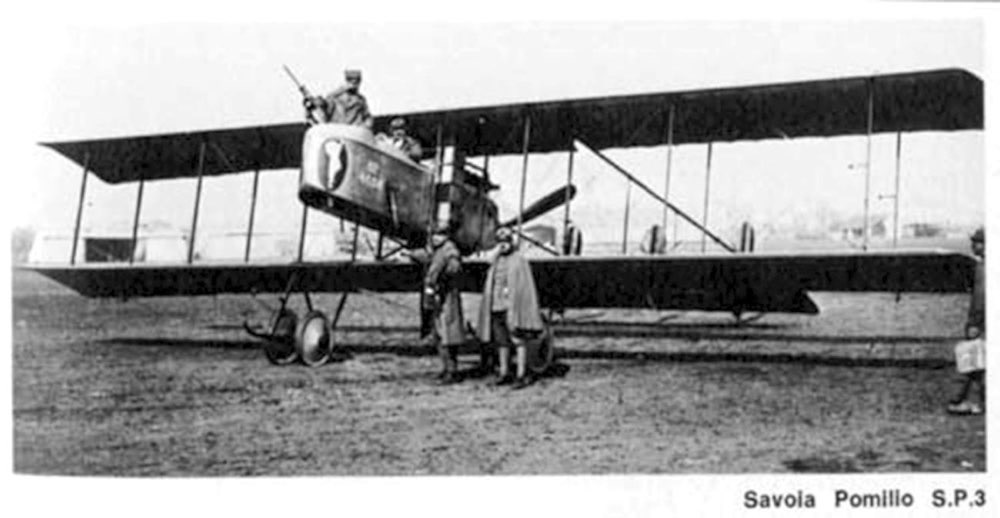 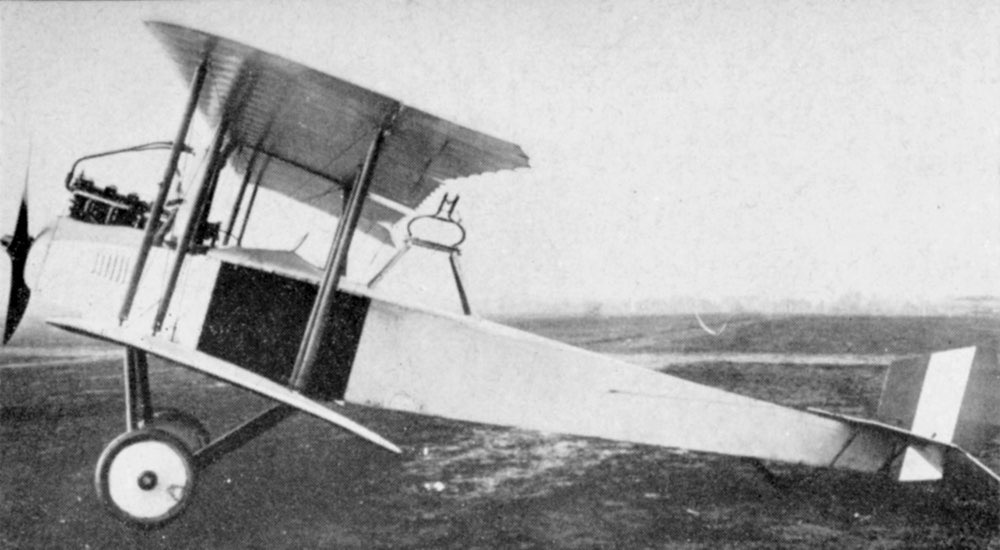 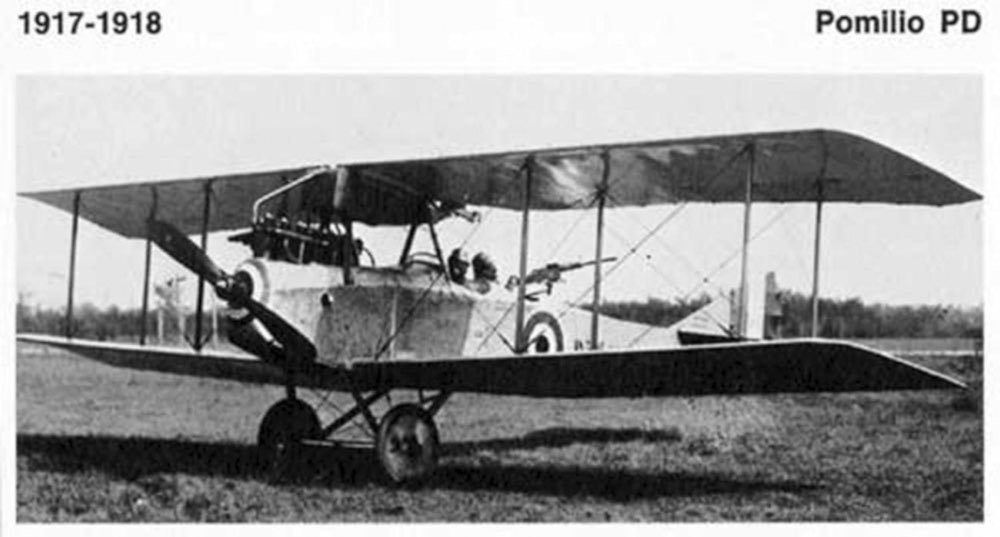 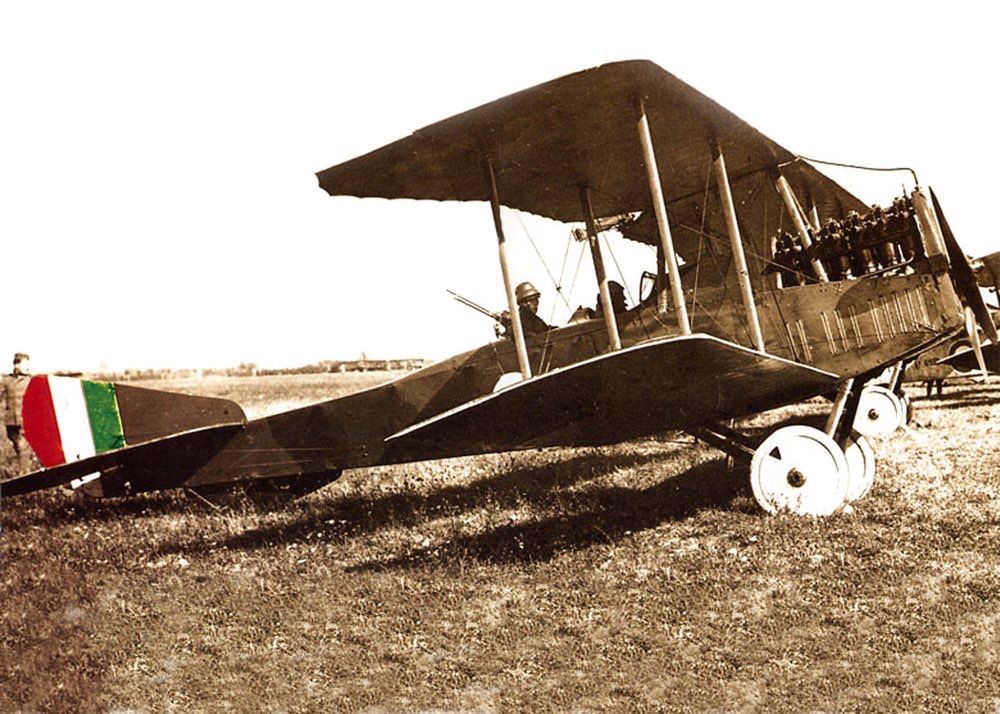